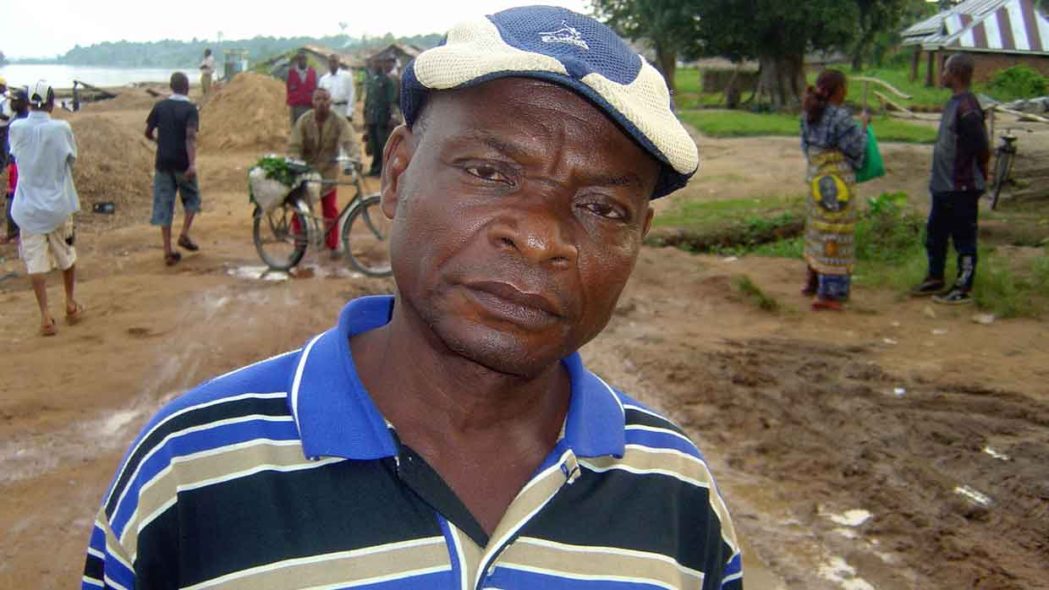 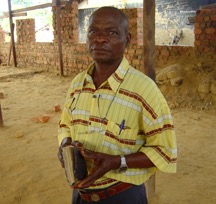 Pastor Banampona Kimpenene was living with his family in the village of Tshelu in 1997 when Rwandan forces invaded the Pangi Territory of the Maniema Province. Although he had served as a pastor there since 1985, his life was about to be turned upside down. Because tensions were building and he feared all he had could be lost, pastor Raymond made a trip deep into the jungle where he hid a suitcase with his academic records and a New Testament. In 2002, Mai-Mai rebel soldiers came in to push back the Rwandan forces and the entire area became a war zone. He fled to the jungle with his wife and six children. The youngest, only four years old, he carried on his back. To survive he built a small shelter out of palm branches where they lived in hiding deep in the jungle. After eight months they were forced to leave because they were being accused of collaborating with the enemy. Upon arriving back in Tshelu they found that Mai-Mai soldiers had pillaged their home and taken or destroyed everything they owned, including the two Bibles they had in the house. Fortunately, his family was still alive and he still had the New Testament that he had hidden in the jungle, the same one that he carries today, almost five years later.

For many years Pastor Banampona had wanted to pursue Bible school training, but just as he was preparing to enroll for correspondence courses through Global University, the war broke out. So, when he heard that we were starting a Bible school extension in Kindu in February, he did not hesitate to make the 143 mile trip from his village, even though it took him three days to walk the distance. He came with his New Testament that he had buried in the jungle.

On March 7, 2007, because of the gracious contributions of churches and believers in the states, we were able to give Pastor Banampona a new Bible. He will also be returning to his village this time with boxes of Bibles to give to others whose Bibles were stolen or destroyed during the war.