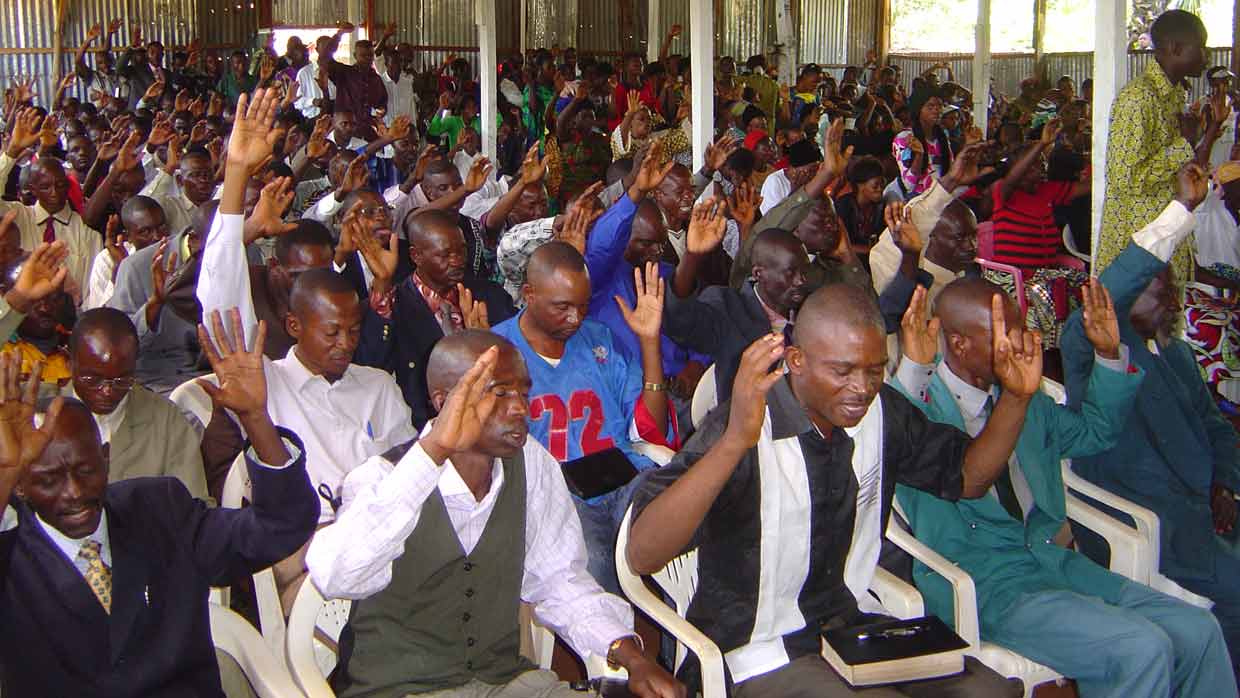 It was a leadership conference that we held in Mbuji-Mayi in 2005 that inspired us to do everything we could to bring Bible school training to these leaders in the Kasaï-Oriental Province. They came in droves, hungry for the Word of God, yet only a handful had received any kind of pastoral or theological training. Surrounded by witchcraft and false doctrines, they were pleading for help. Before we left, we promised them that we would bring training to their province. We started planning immediately and opened a Bible school extension in Mbuji-Mayi the following year. 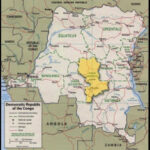 During its first three years this Bible school extension met in a church made entirely out of second-hand roofing sheets. Whenever it rained they had to stop classes because of the noise. So when the opportunity to build presented itself in 2010, they picked up their hammers and trowels and went to work. They were saying, “If others can sacrificially give…we can also contribute.” From the beginning they have shown incredible initiative with this project as well as in their efforts to meet the desperate need for training in their province. In 2010 they also launched a satellite training center in nearby Kabinda, the second largest city in the Kasaï-Oriental Province, where another 61 pastors and church leaders are now being trained. 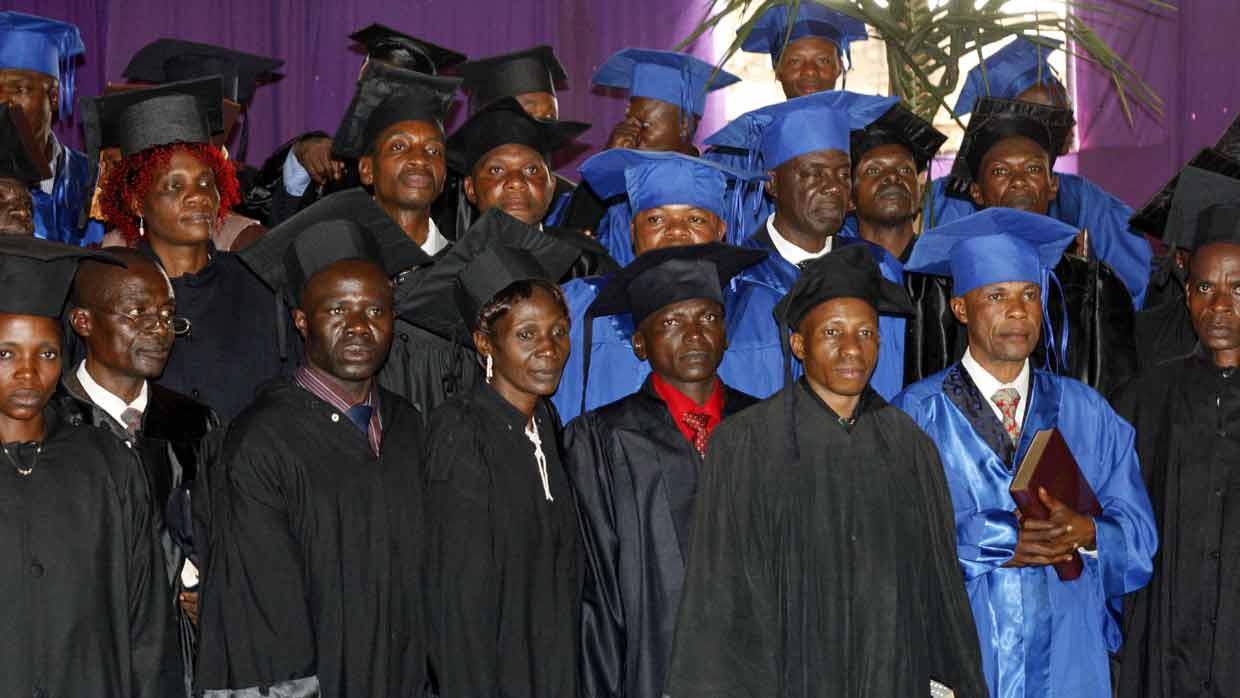 On July 17, 2009 we held the first Bible school graduation in the history of the Assemblies of God in the Kasaï-Oriental Province. There were 41 men and women who proudly received their diplomas, six with honors. Pastor Ezechiel Kabanga, the Academic Secretary and Provincial Superintendent, was elated by the sudden increase in the number of trained pastors in his province: 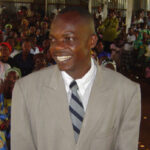 Thanks to the generous giving of our partners in the States, the academic building in Mbuji-Mayi has been completed. The classrooms, offices, and library are now buzzing with activity and being used to capacity. The national church is rejoicing in the inauguration of this building as it is the first Assemblies of God leadership training facility ever to be built in the Kasaï-Oriental Province. After finishing the security wall, we hope to build a dormitory and restrooms as soon as possible. 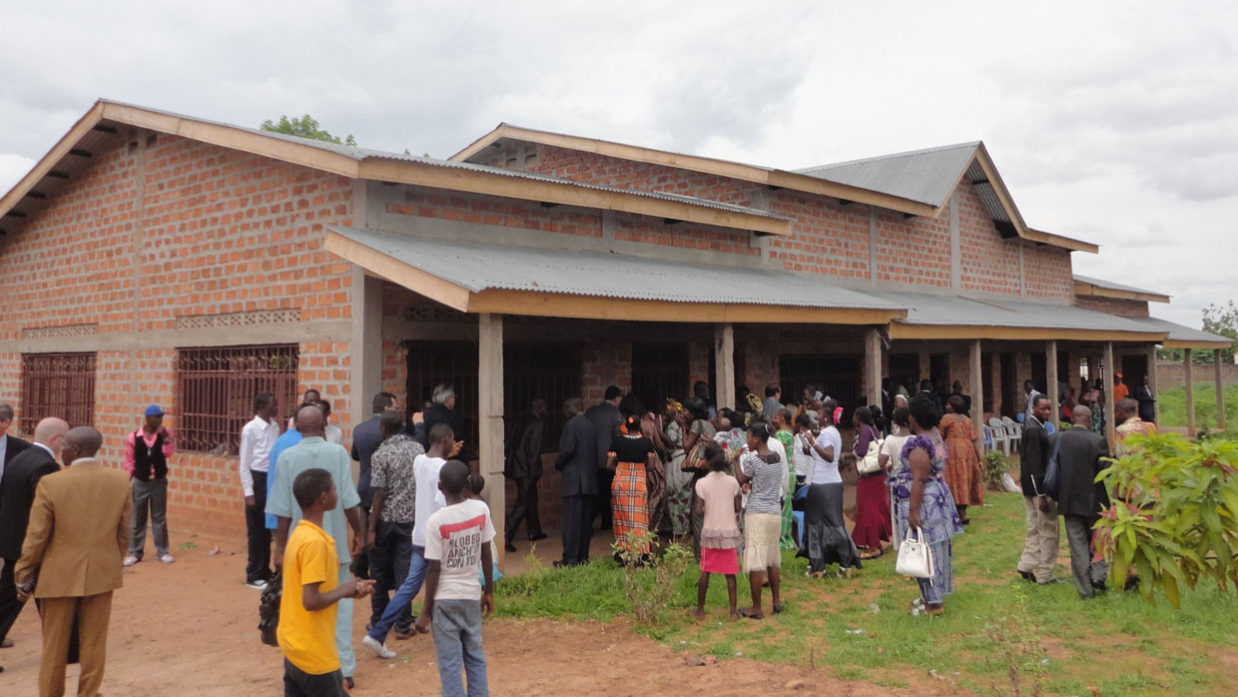