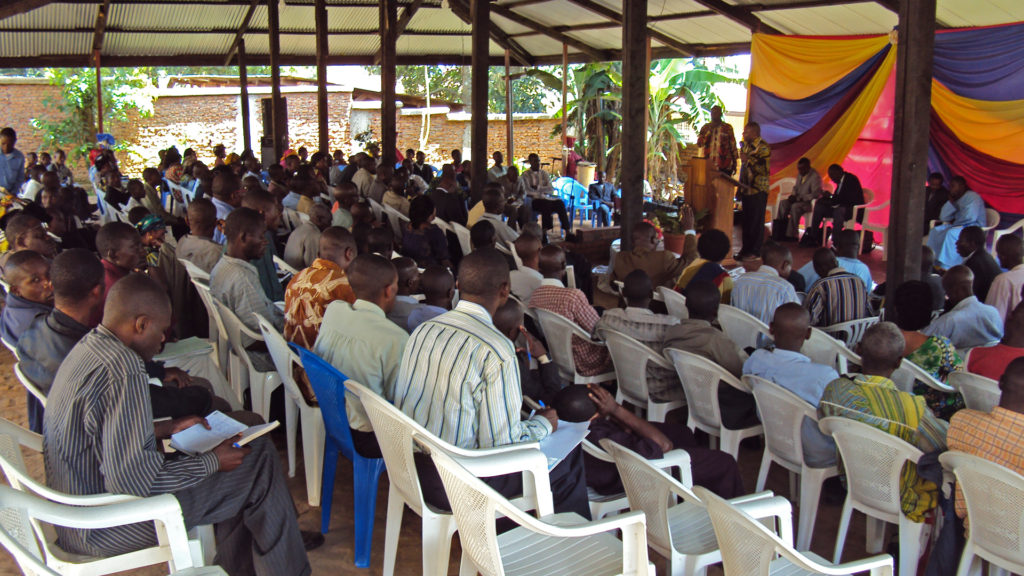 After an investigative trip into the Sud-Kivu Province in February 2010, we realized that we had a window of opportunity to come alongside this deeply divided province, torn apart by years of war, to help bring reconciliation. We organized a leadership conference in Bukavu that April, calling upon the pastors of this volatile region to forgive one another and lead the way in reconciliation. The response was amazing. We saw these leaders crying out to God for forgiveness and forgiving one another. They agreed to put their differences aside and come together on the common ground of Bible school training. 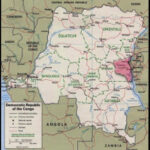 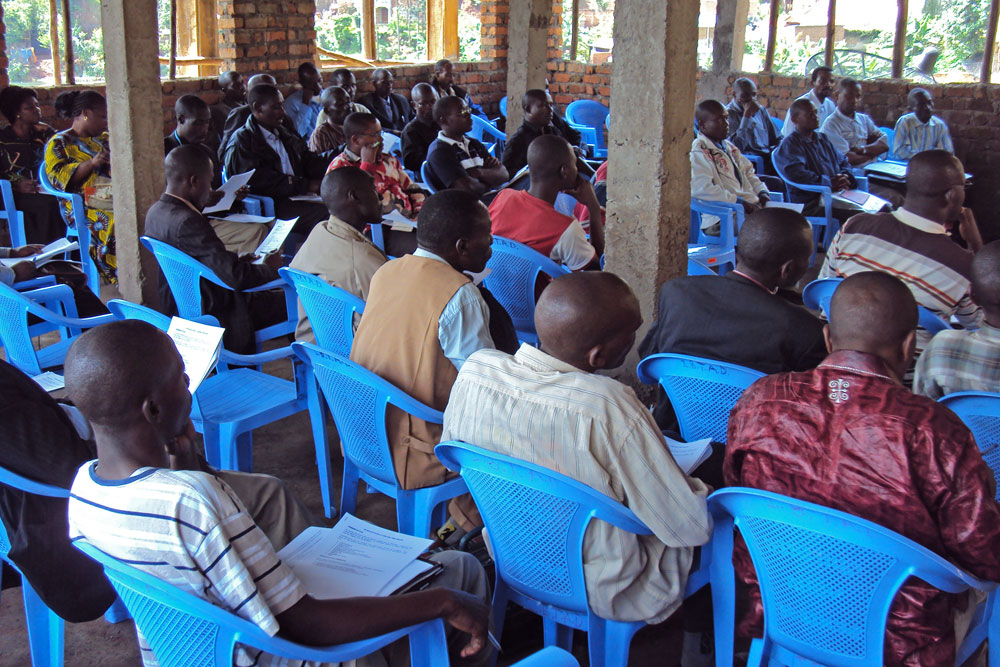 In an effort to help unify the divided church of the Sud-Kivu Province and provide ministry training for church leaders, we launched the Bukavu Bible School Extension in April of 2010, immediately following the conference.

With tensions still running high in the province and limited classroom space, we were only able to enroll 60 students in our first academic year, but in that class 12 different tribes were represented. By their own initiative they adopted French as their lingua franca on campus in order to avoid suspicions and tribal differences. For three years these leaders lived together, ate together, prayed together, and studied the Word of God together. That first graduating class has become a tremendous model for the church in the Sud-Kivu Province. 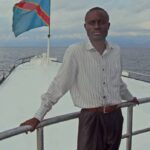 “The Bukavu Bible School Extension has played a key role in resolving the conflict between tribes in the Sud-Kivu Province. Because of God’s grace and the work that He has done among our students, there is no more conflict in the church.”