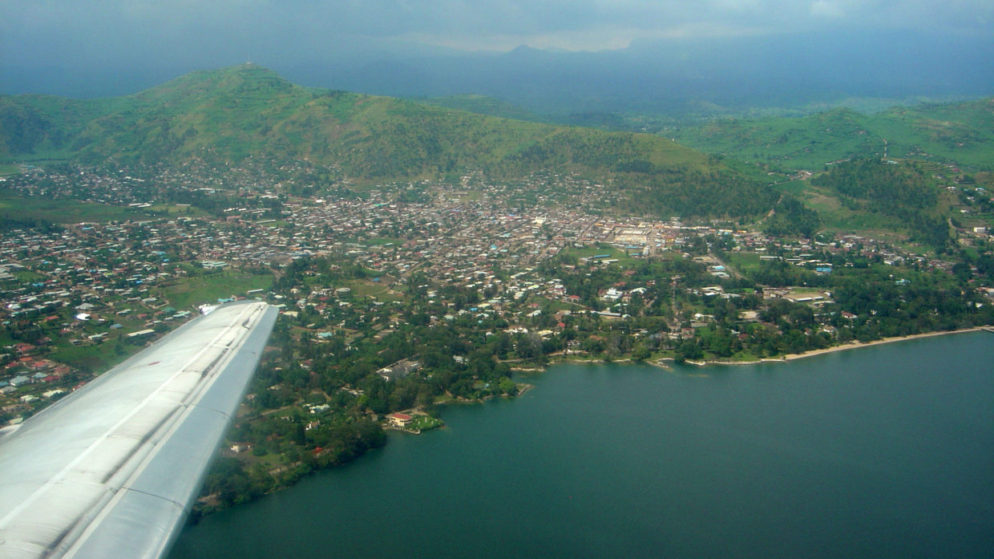 Last month, Pastor Lema, the Assistant General Superintendent of the AG in DR Congo, traveled to Goma to help us with the distribution of more than 1,000 Bibles for pastors and church leaders in the Nord-Kivu and Sud-Kivu Provinces. More than 600 Bibles were distributed in Nord-Kivu. Pastor Lema told us that many of the pastors came on foot from the Rutshuru and Masisi Territories where there has been intense fighting for many months. He was very concerned and asked us to pray. One day, when we spoke with him on the phone during his trip, he told us, “Today, the fighting is worse the ever. Our pastors and their families in those territories are fleeing for their lives. Many of their homes have been pillaged and burned.” News reports have said that almost half a million people have been displaced by fighting in the Nord-Kivu Province since January. The amazing thing is that in spite of all of the war and insecurity, students are still coming to our Bible school extension, and more are on their way.

From Goma in the Nord-Kivu Province, Pastor Lema continued by boat to Bukavu, the capital of the Sud-Kivu Province, where we had made arrangements for another 496 Bibles in French and Swahili to be distributed. He told us that many of the pastors and church leaders who came had been without Bibles for many years. They came great distances on foot and by boat to receive a Bible in their language.

The Congo Project
The brick mason is putting the finishing touches on the outer trim of the phase two building at IBTAD Lubumbashi. The electrician has run most of the wires, all the inner plastering is completed, and the welder is working on window frames. Now that rainy season is over, the building should be thoroughly dry and ready to be painted soon.